KUSSENKAST
The Netherlands, ca. 1650
Oak with ebony and rosewood inlays
Collection of the Historical Society of Newburgh Bay and the Highlands, Newburgh, NY

This baroque kast is believed to have been brought to the Hudson Valley from Holland in the late 1600s by Jan Elting (1632-1729), a Dutch woodworker who settled in what is now Esopus, New York. The kast was moved to Huguenot Street probably in the 18th century by members of the Elting family who settled there. Around 1930, Theodore Anthony, an attorney from Newburgh, New York, purchased the kast and loaned it to Union College in Schenectady. From there, it was on display for many years at Washington’s Headquarters in Newburgh and eventually transferred to the Historical Society of Newburgh Bay and the Highlands for display at the Crawford House. This particular kast is called a kussenkast, referring to the deep panel doors that appear to be “cushioned” or padded. It resembles a kussenkast in the the collection of the Brooklyn Museum.

The kast disassembles into multiple parts to assist with transport. The three main parts are the cornice, the case (cupboard section) with two paneled doors (also removable), and the base with a single drawer and large ball-shaped feet. 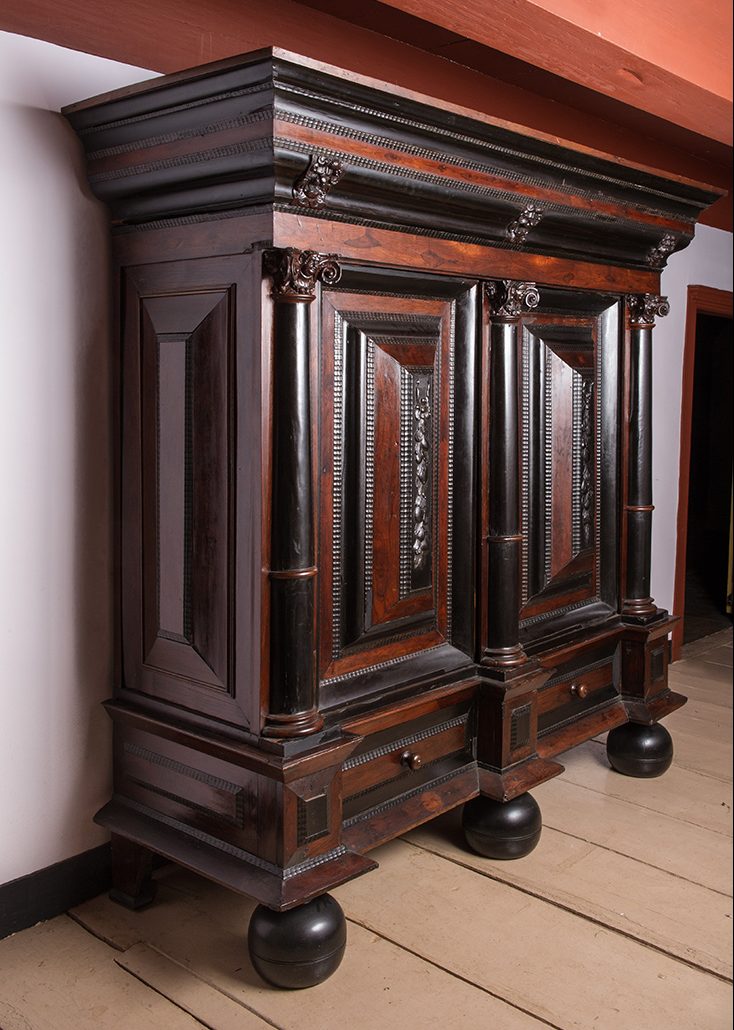 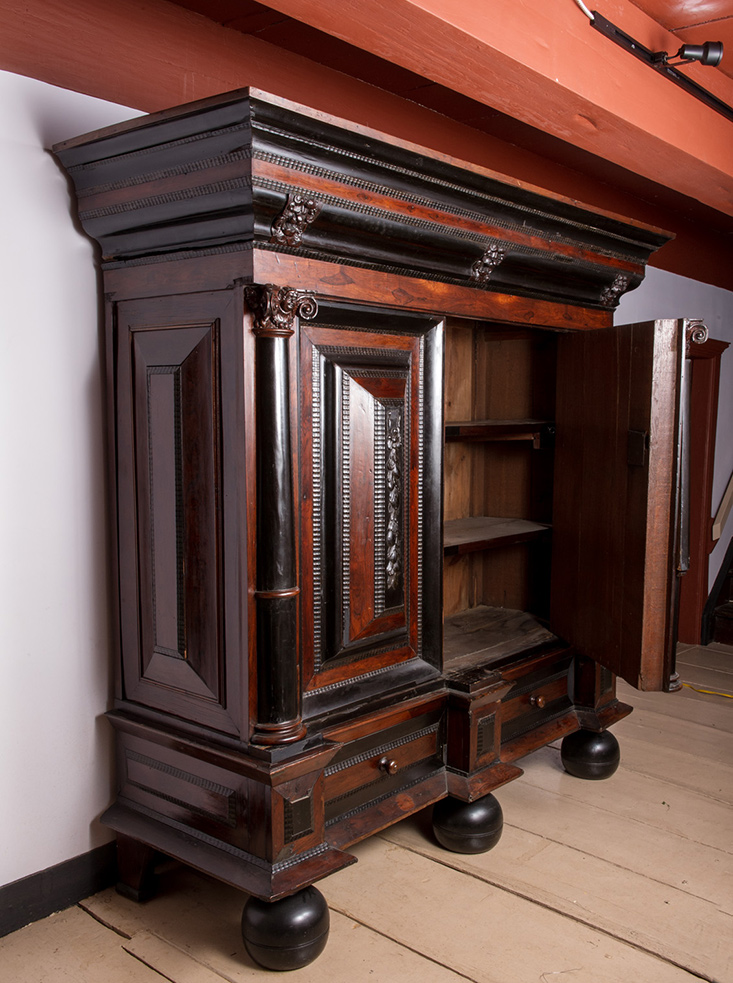 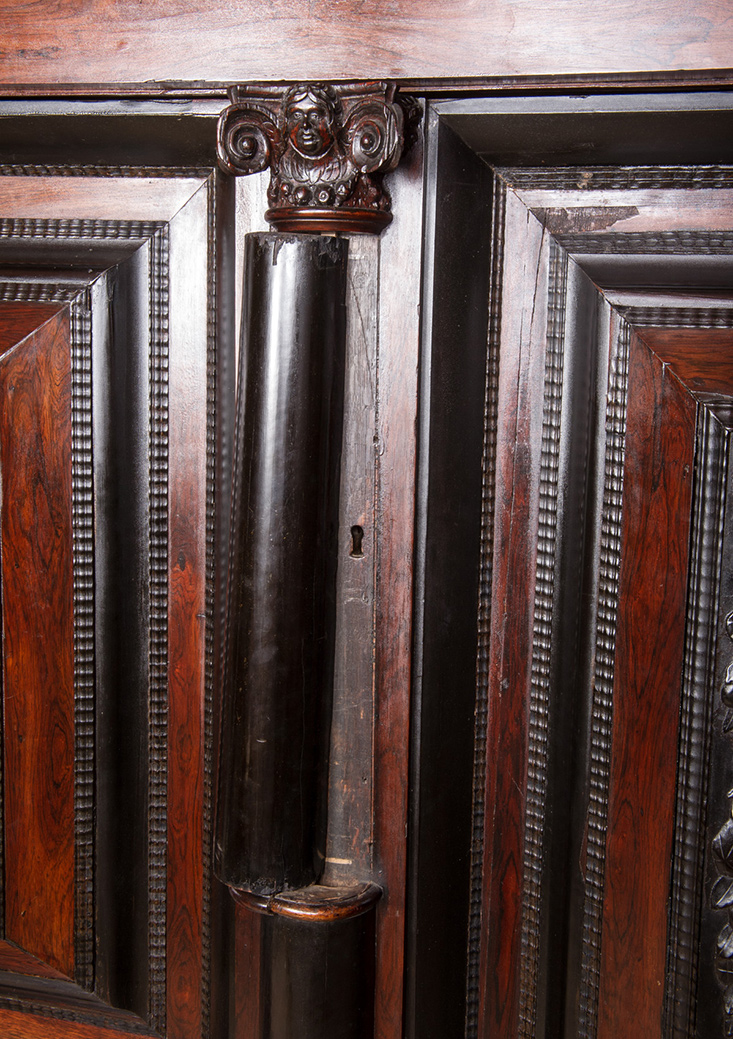 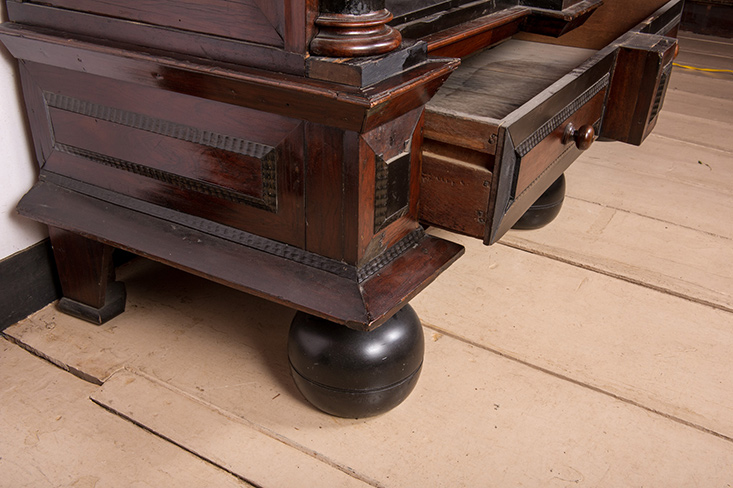 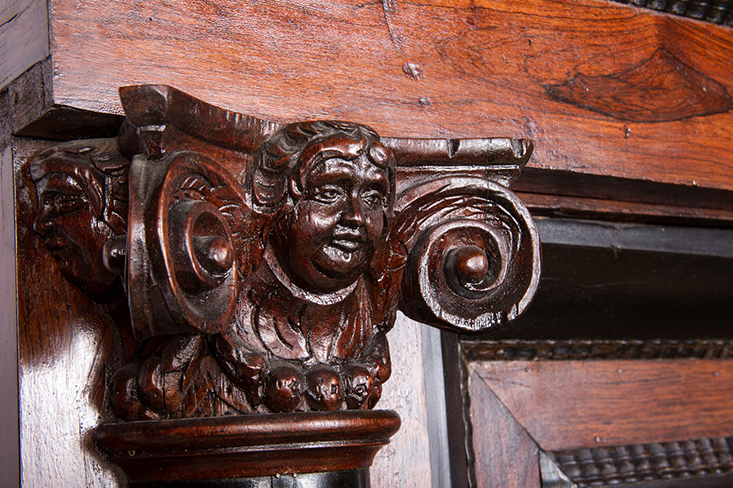 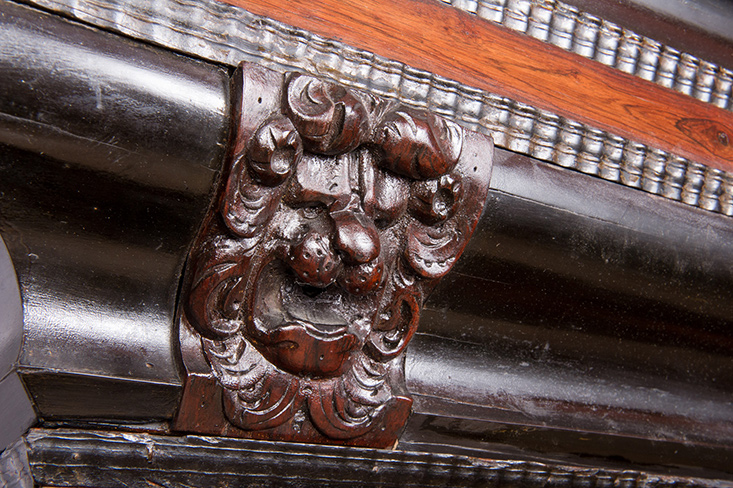 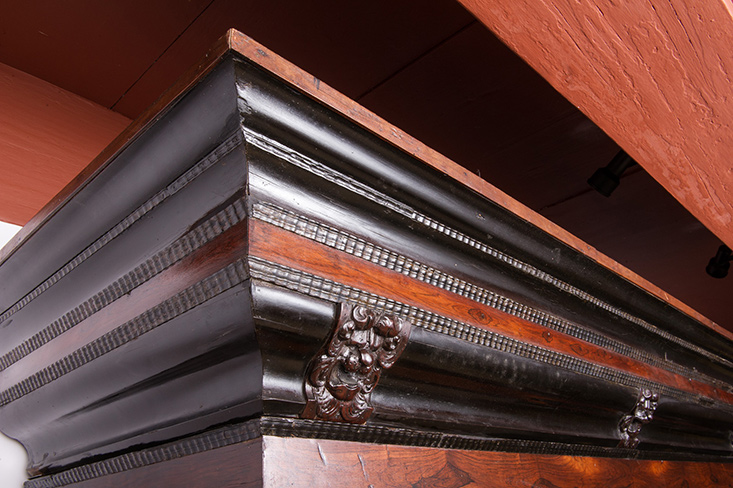 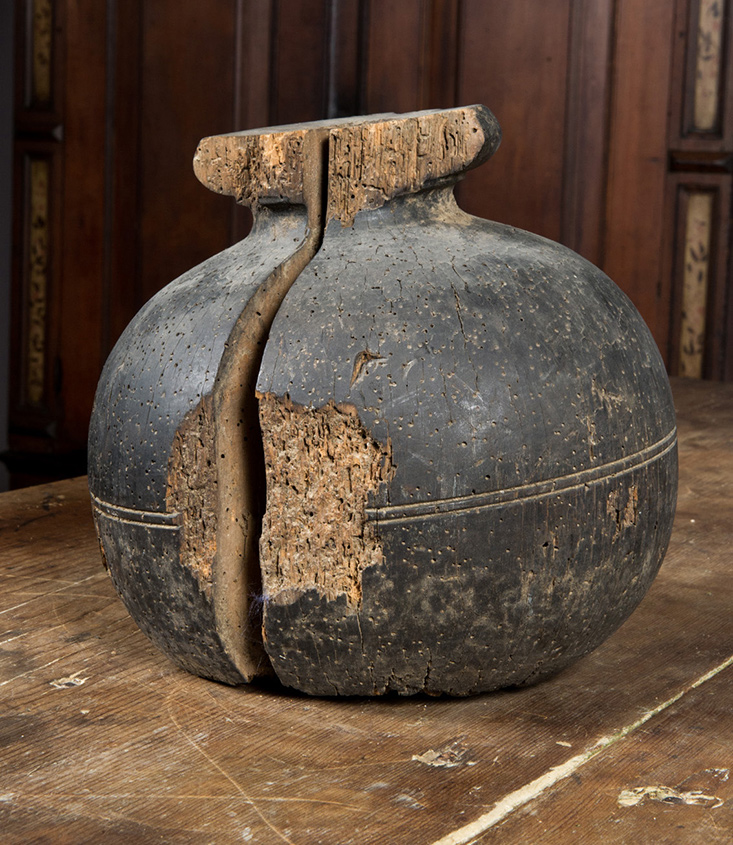