This kast is said to have been discovered in Fishkill in Dutchess County, New York on the eastern side of the Hudson River by antiquarian John Walton. Its door panels are topped with semi-circular crests, similiar to another kast found in the same county and now in the collection of the Winterthur Museum. According to Peter Kenny, the crests are a motif found in Georgian architecture in Connecticut and occasionally along the eastern side of the Hudson. They may reflect an English influence. 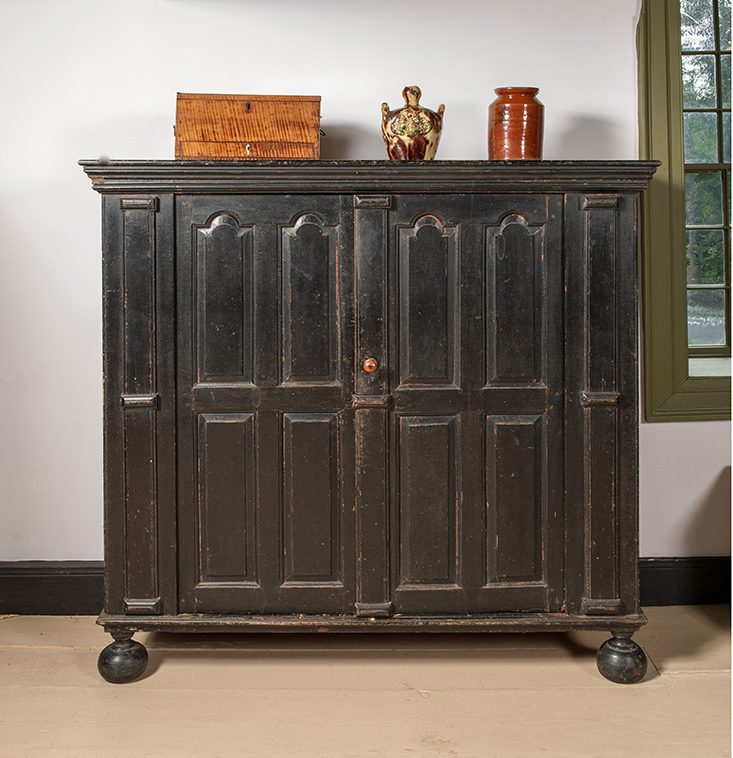 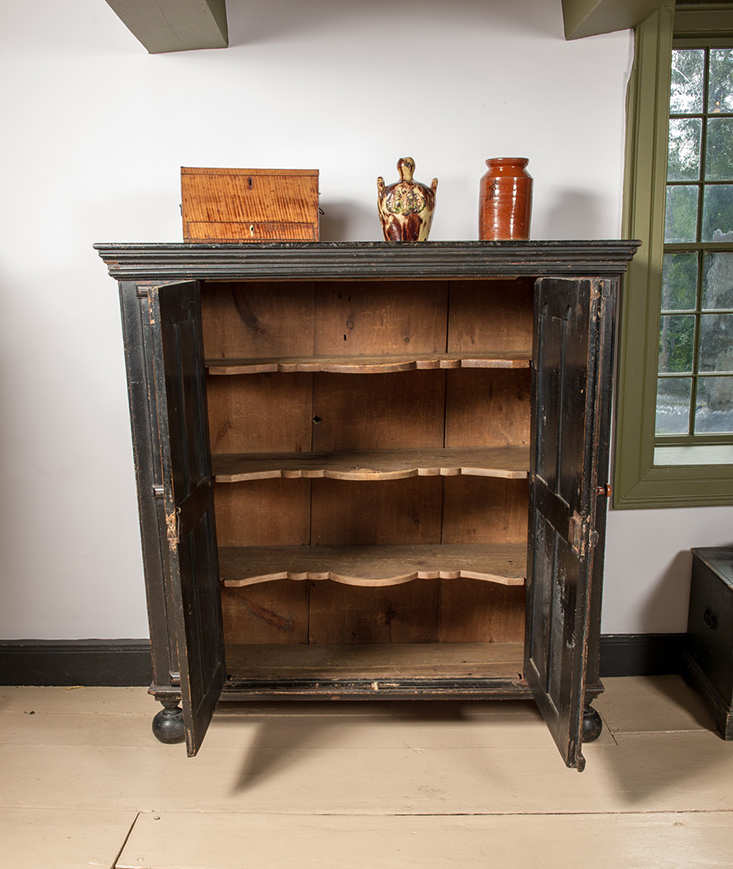 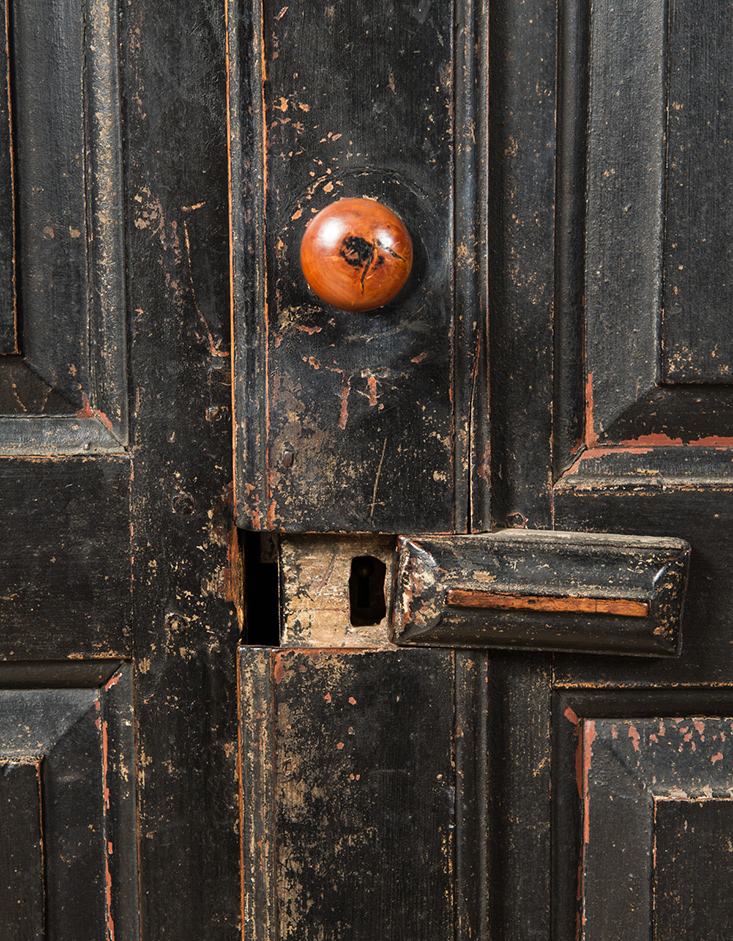